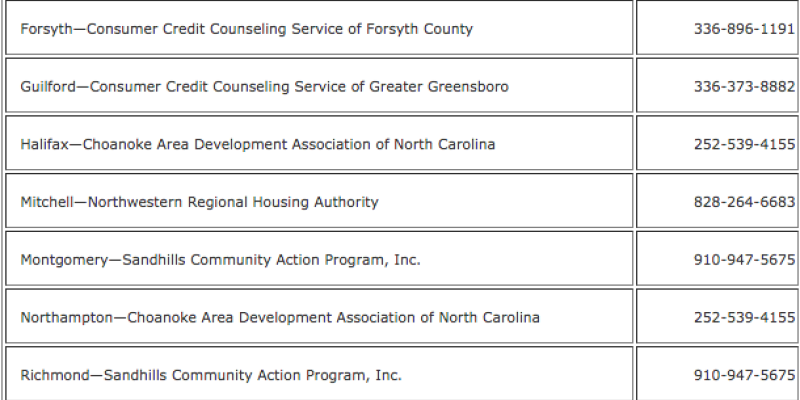 More displaced workers may be able to avoid foreclosure on their homes thanks to revisions for a pilot program that helps workers who lose their jobs as the result of  changing economic conditions.

The North Carolina Home Protection Pilot Program and Loan Fund, created by the General Assembly in 2004, will now assist workers who lost jobs in one of 26 pilot counties, even if they don’t reside there. Previously, homeowners had to live in one of the designated counties.

Operated by the North Carolina Housing Finance Agency, the effort was inspired by the large number of plant closings in the state. The General Assembly financed the pilot with appropriations of $1.725 million in 2004, $700,000 in 2005, and $1.5 million in 2006.

Qualifying homeowners can receive zero-interest loans up to $20,000. An important change in the program defers repayment for 15 years, unless the home is sold, refinanced or is no longer the principal residence of the owner. In those events, the loan also becomes due. The loans can be either short-term—to bring a mortgage current, or long-term—to keep a mortgage current for up to 18 months while the homeowner participates in an approved retraining program.

Homeowners apply through participating local agencies (listed below), which offer housing counseling and determine whether applicants are eligible for assistance from the loan fund. To be eligible for a loan, homeowners must meet all the following criteria. They must:

Homeowners interested in finding out more about the program should contact the counseling agencies in the image.

The North Carolina Housing Finance Agency is a self-supporting state agency. It has financed more than $9 billion of affordable housing, including low-cost mortgages for 70,000 first-time home buyers.