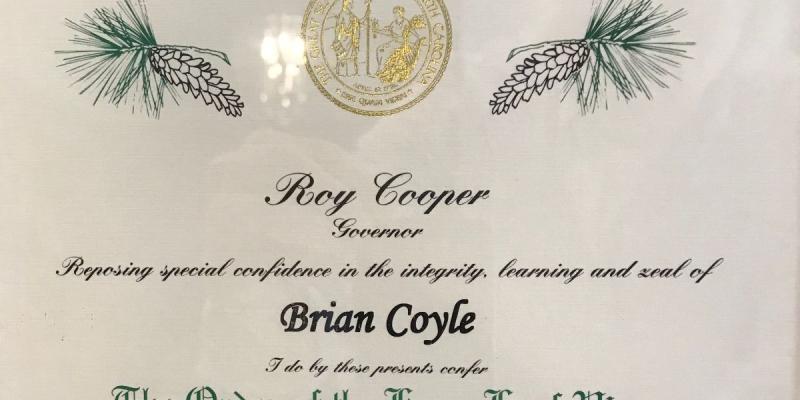 For the past 21 years, Coyle has chaired the North Carolina Housing Partnership, created by the General Assembly to oversee the North Carolina Housing Trust Fund. First appointed in 1997 by House Speaker Harold J. Brubaker, he has been reappointed for seven consecutive terms by four House Speakers. Under his leadership, more than $230 million has been appropriated to the Housing Trust Fund.

“Brian Coyle is a true champion for affordable housing who has spent more than 40 years working to ensure the citizens of North Carolina have access to safe, affordable and healthy homes,” said Scott Farmer, executive director of the NC Housing Finance Agency, which administers the Housing Trust Fund under the direction of the Housing Partnership.

“There is no better recipient for the Order of the Long Leaf Pine.”