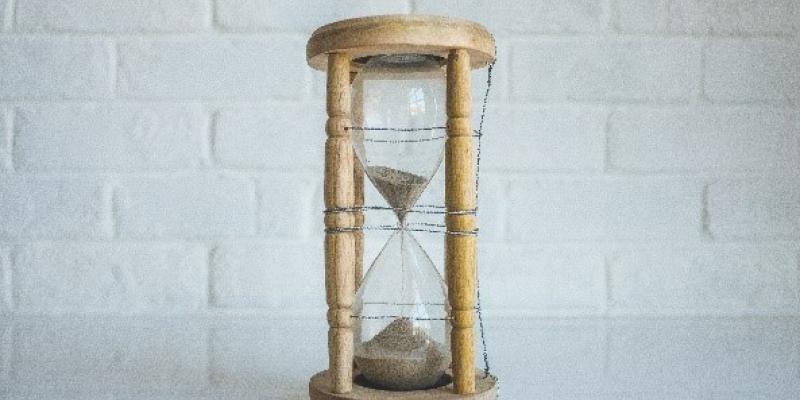 North Carolina cities face increasingly intense summers but some neighborhoods fare worse than others. Neighborhoods in Charlotte, Durham, and Greensboro that were redlined in the 1930s are now some of the hottest parts of those cities. These areas have fewer trees, fewer parks and more paved surfaces than neighborhoods that weren’t redlined, which creates a heat island effect throughout the summer.

This pattern holds true for cities across the country. Federal housing policies, like redlining, diverted investment away from neighborhoods that were predominantly Black and low-income which contributed to disparities today. A new study finds that in 94% of the 108 cities examined, historically redlined neighborhoods were nearly 5 degrees warmer on average, with some cities seeing differences as large as 12 degrees. Researchers at Virginia Commonwealth University and Portland State University compared satellite level images of neighborhood level surface temperatures with the digitized versions of the color-coded maps originally created by the Home Owners’ Loan Corporation. 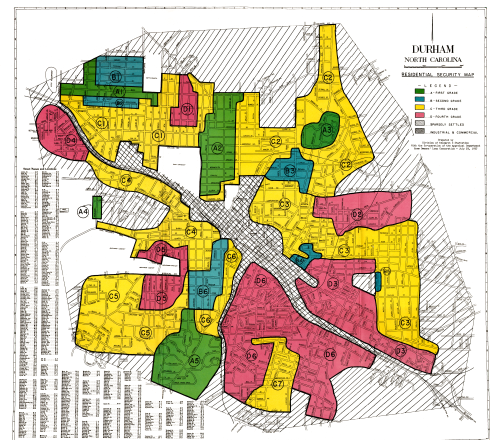 A map of redlining in Durham. Neighborhoods were rated from "A” to “D”. Those made up of largely low-income and immigrant or African American residents were outlined in red and deemed “hazardous” or colored yellow and labeled “definitely declining.” Whiter and wealthier communities were considered “best” or “still desirable,” and colored green and blue, respectively.

While the heat difference is less pronounced in North Carolina cities – only 3 to 4 degrees - even small differences in in heat can be dangerous.  During a heat wave, every one degree increase in heat increases the risk of dying by 2.5%. Health conditions like asthma, blood pressure, and heart disease can become worse in the heat as breathing becomes more difficult and strains the heart.  Excessive heat and lack of green space also impact mental well-being.

Historically redlined areas today remain more segregated and more economically disadvantaged than the rest of the city – with lower median household incomes, lower housing values and older housing stock. Consequently, households have fewer resources to deal with the heat and its impacts and may face higher financial burdens to summertime energy use and more frequent health bills. Additionally, older homes can be less energy efficient due to materials used in construction and older heating and cooling systems.

Climate change will only exacerbate these inequalities. According to a report published in 2019, North Carolina can expect to see 45 days per year on average with a heat index above 100 compared to the eight days it has seen historically. Residents in minority and low-income neighborhoods, who are already in hotter areas and at higher risk for health conditions, will be most impacted without more direct investment.

North Carolina homeowners who are elderly or have special needs and are low-income may be eligible to receive assistance from the North Carolina Housing Finance Agency to address critical repairs for health and safety, reasonable energy efficiency measures, and life expectancy of major building systems. For more information visit: https://www.nchfa.com/current-homeowners/repairing-your-home.